The weather forecast was favourable for the eastward crossing of Skagerak; S up to 8m/s and a bit calm in the morning, so we where up at 5 o'clock and headed out to sea for engine - waiting for the southerly wind to kick in. Well it didn't! We motored 10 hours until the first buoy outside Denmark and could only sail the last hour....

The harbour and the restaurants in Skagen had ample space - the summer guest has still to arrive!

A boring crossing, but the captain spent the time polishing the cockpit and part of the deck. The only excitement was the Swedish submarine we spotted. 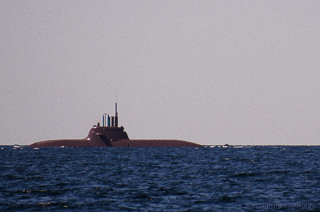 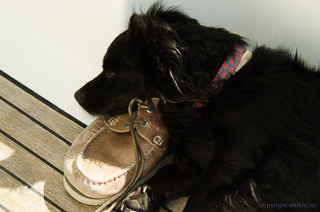 I must strongly complain about the comfort onboard this boat - hard wood to lay on and an old shoe as pillow!

Just when we where casting off we noticed a tornado or a waterspout to be correct. It was located about 5-6nm away from us. 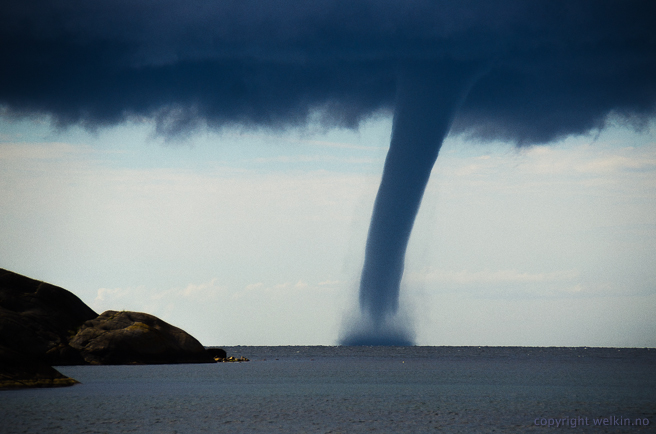 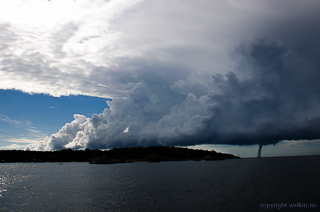 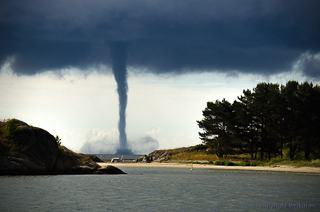 As the waterspout died away some 15 minutes later, the base expanded and the funnel diminished (above right). We headed back towards Arendal, to seek shelter from the weather and we also needed diesel and gas. We located a petrol station not far away and called if they had gas - they did! So the captain walked happily to the station to exchange 2 gas bottles, but arriving at the station they didn't have the gas, - but it would be delivered soon! 4 hours later they still didn't have the gas! We located another station, and motored back to Arendal and this time the first mate walked 6 kilometres to get our gas bottles. 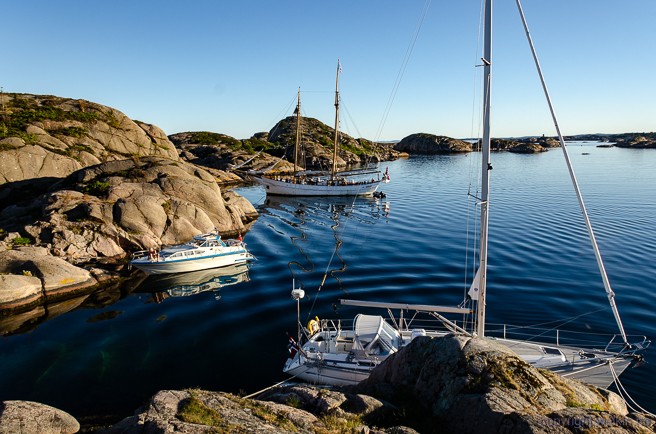 It was late afternoon before we could cast off and motor to Valøen, where we tied up alongside the rocks and enjoyed the evening sun. 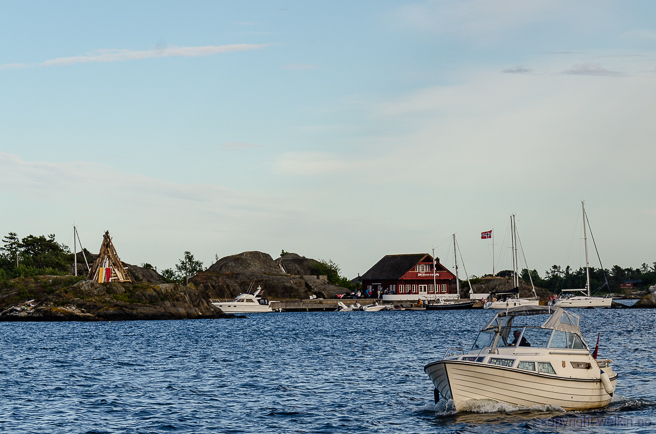 The 23 of June is the day when the summer solstice is celebrated with bonfires in Norway. Here is the local sailing club with a bonfire ready to be lit.

We went for engine in sheltered waters to Arendal. Our batteries have gotten worse over the past few days and the captain took the bus to an industrial area and managed to secure the last 3 batteries in the shop.

A taxi was kind enough to bring the batteries to the harbour and then the lifting could begin.

A couple of hours later we could recycle the old batteries at the Guest harbour and head out to a natural harbour in Hovekilen. 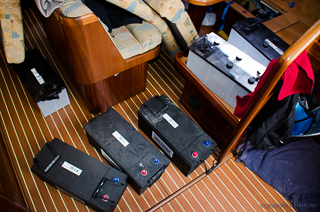 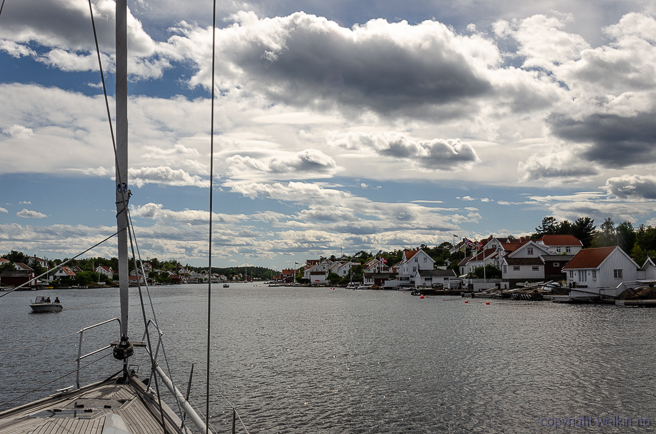 Another day of close-hauled sailing off the coast.

Lyngør is one of the most beautiful places along the coast with it old white skipper houses lining the sound - a very popular place for a summer house!

We passed Lyngør and tied up to the rocks in Bukksundet - not more than a nautical mile away.

The tiny bay is well sheltered and offers several possibilities to tie up along side, and for smaller boat there is a pier on the S side. 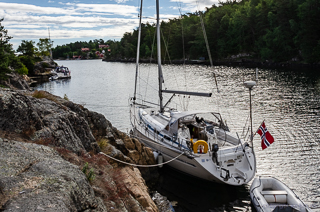 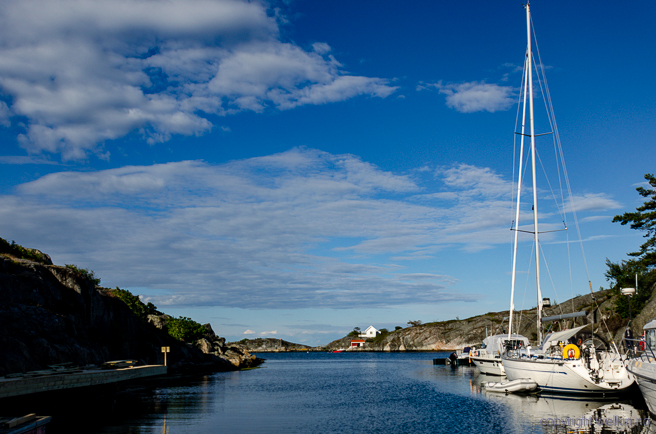 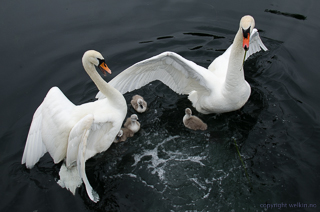 Sailed close-hauled outside Jomfruland to Portør to celebrate a 60th birthday!

Here we moored at a public quay in Styrmanns terningen.

Mind the shallow at the S side of the entrance - we kissed it ever so slightly!

The local swans did not like the dogs barking and were hissing loud! 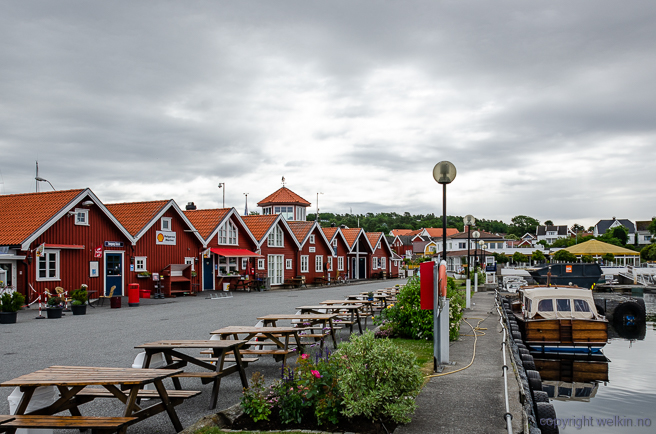 The disturbance in Paradisbukta continued - at 8:00 a landingboat was unloading another machine, and was using his engine to stay at the shore and the resulting propeller wash nearly pushed us out of the bay. We decide to move to Helgeroa - both to get some peace and be able to visit some friends in their cottage.

Helgeroa is a busy harbour during summer, but is now sleeping, until summer guests will arrive in a couple of days! 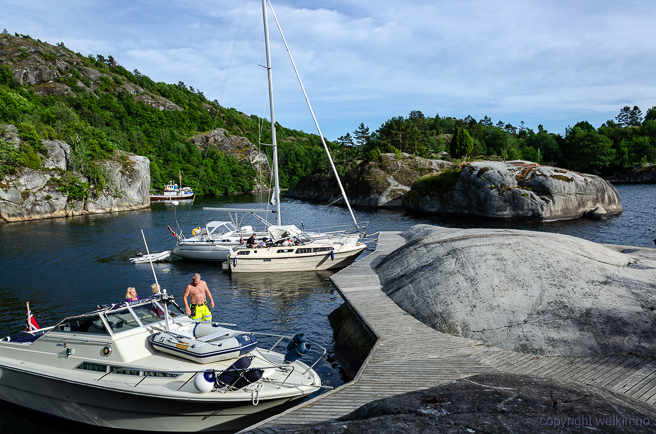 Pleasant sailing to the west side of Håøya and anchored up in Paradisbukta. Enjoying the evening we suddenly discovered a cottage coming out of the woods! After the cottage was put on a tiny barge it sailed of into the sunset! 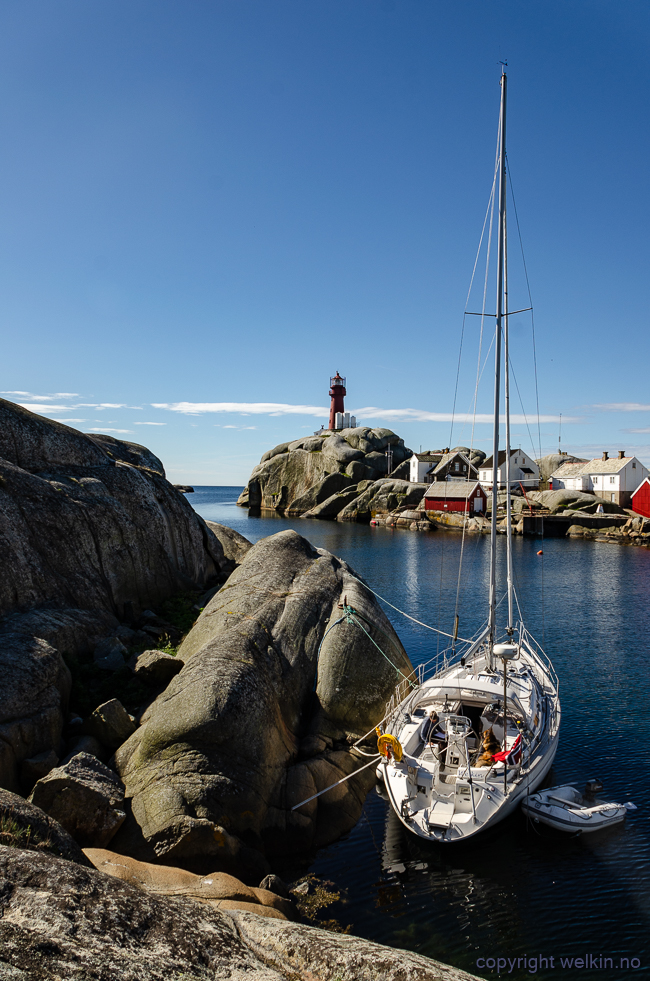 Svenner is collection of granite rocks polished by flowing glaciers. 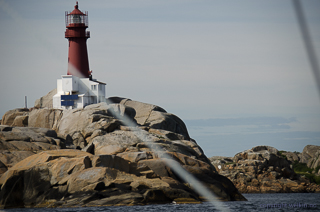 The approach is quite spectacular with rocks awash and underwater shallows, but keeping the white spot just to the right of the lighthouse rock leads you safely into a sheltered bay. 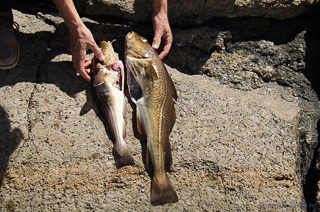 The fish is always biting along the rocks just outside the lighthouse.

Lazy sailing with the wind mostly broad on our beam brought us out the Oslofjord to one of our favourite harbours: Missingen. 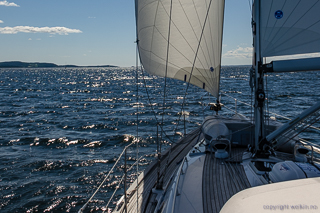 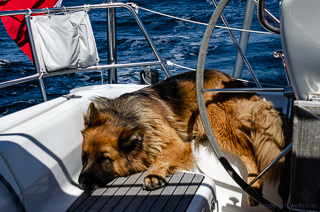 This is my place - it's the only place with sun!

Welkin moored along the tiny quay at the bottom of the bay. 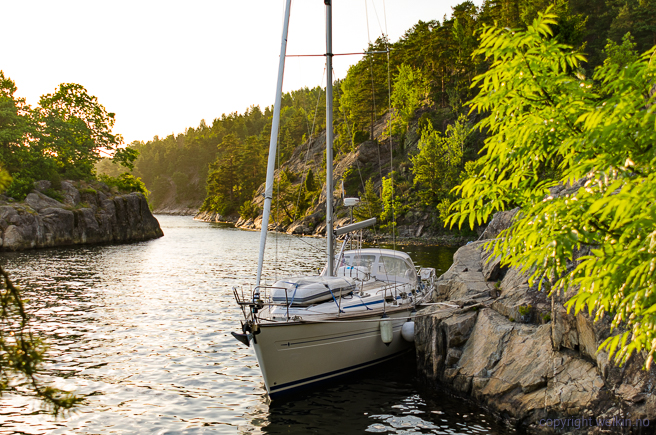 Left the harbour in late afternoon beating towards Hjelp, a natural harbour on Gråøya, that is popular among the local boaters in Oslo. Despite being just 12 nm from Oslo centre it is located in quite undisturbed nature. Being out of the season, we where the only boat there.

Preparation and repairs in OM.

The leaking front water tank was professionally welded. (below) 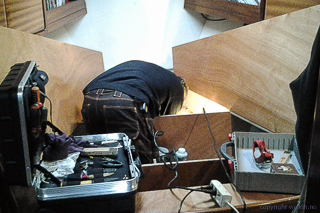 The welder told that he has welded many tanks like this, and they always crack at the same spot due to lack of support. Therefore an extra supporting frame,  (the wooden plank in the picture below) was put on top of the weak spot  and fastened with glass fibre reinforced polyester to the hull. 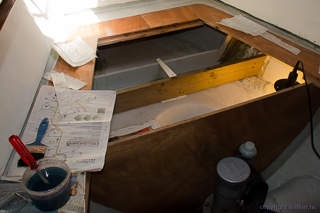 The aft windlass was leaking oil, so it was removed from the boat and a gasket and an oil seal was replaced. Afterward it was filled half full with oil, painted and put into place again. 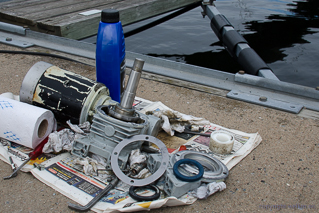 A WI-FI range extender was also installed with a matching 8db antenna (the white one). The antenna holder was bent from a 25mm stainless tube and just fastened with bolts below the radar dome. The tiny black antenna is a spare VHF antenna. 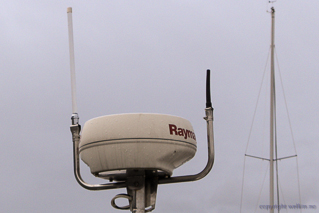