On the way to Alicante we tried to visit Marina de las Dunas, but the depth in the entrance was only 2.5m, so we headed on to Santa Pola to check out the harbours there.

After 3738 nautical miles (almost 7000km), we have arrived at our destination, the Real Club de Regatas Alicante, which will be our base for the next years!

Lazy sailing towards Torrevieja, but in the end the we had to start the engine in order to reach the SkipperTreff.

On the way we had some dolphins visiting us - always a joy to see these animals!

We moored in La Marina Internacional, which in our opinion was swelling a lot - even in a moderate breeze. We also visited the Real Club Nautico, not much better in the SW breeze. 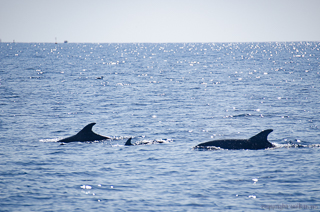 A family group of dolphins 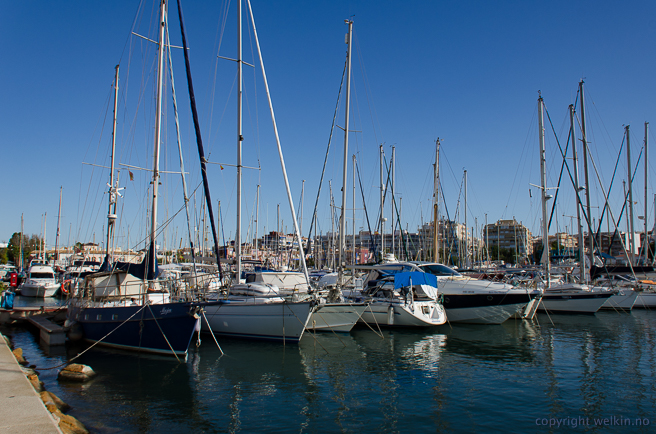 Tucked away in the Marina Internacional

For about a week we have been sailing along an almost unspoiled coastline and it is quite a change to go around Cabo de Palos to La Manga and Costa Blanca.

We anchored up in Caleta de Estacio just outside the  lifting bridge in the channel to Mar Menor, to avoid being dependent on the bridge opening times.

The anchorage is shallow in parts and not up to date on our charts, but the sheet pile walls gives a nice protection against swelling. 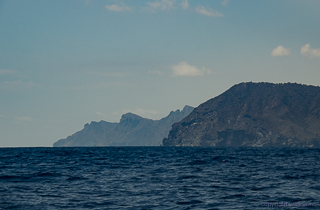 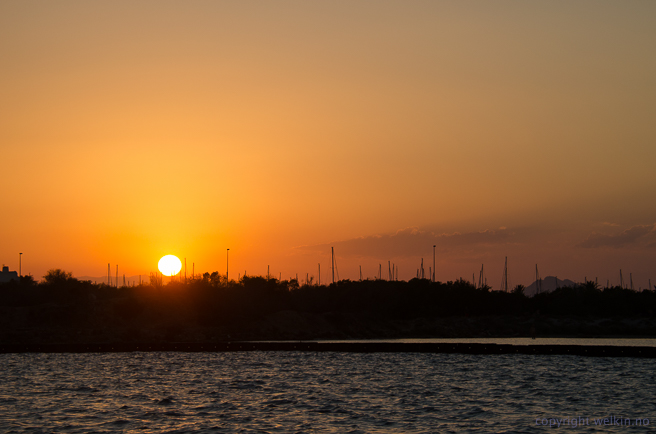 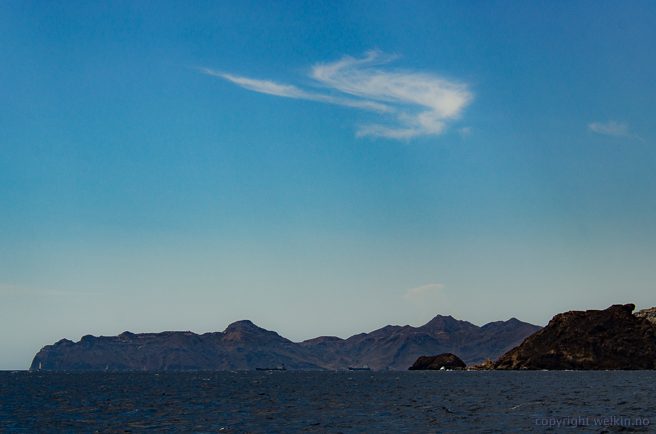 The bay outside Cartagena

The captain put in the wrong destination today, so we started to take down the sails outside Mazarron, when the first mate rightfully claimed that this is not Cartagena! The genoa reef line got stuck so the iron genoa did the last miles to Yacht Port Cartagena 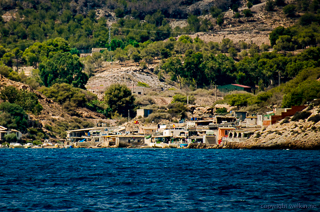 One of the lesser know suburbs of Cartagena 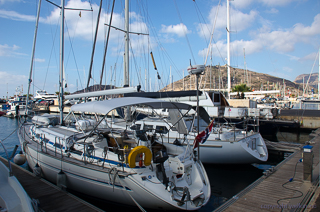 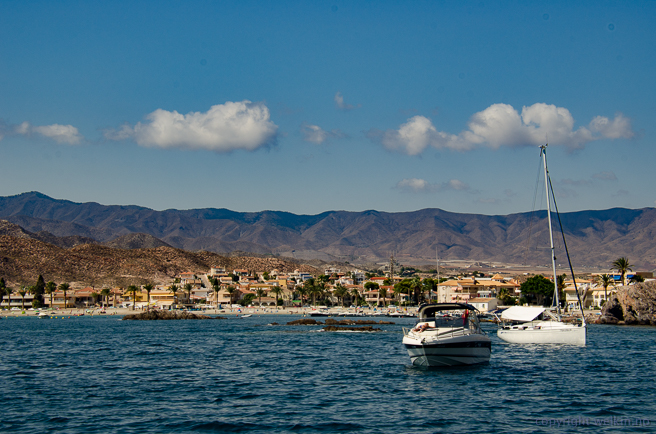 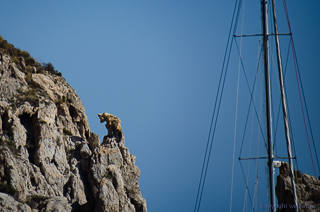 A rocky fox was guarding the anchorage. 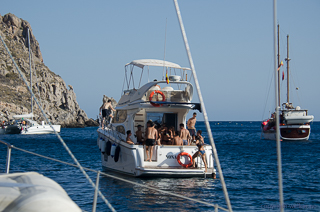 Already before passing into the Mediterranean, we started seeing flying fish - but they are difficult to capture with the camera! Today however - shooting from the hips - we managed! 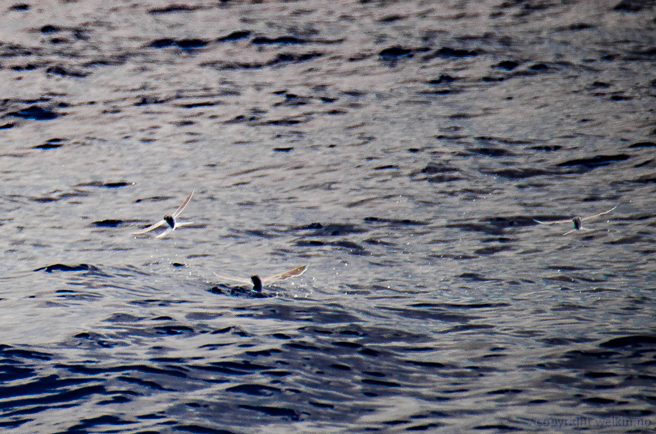 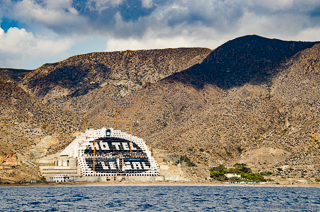 The disputed hotel in the Cabo de Gata-Níjar Natural Park 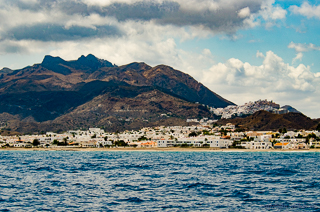 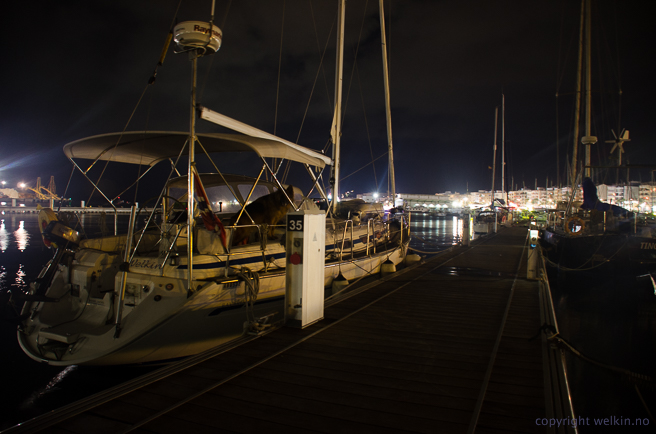 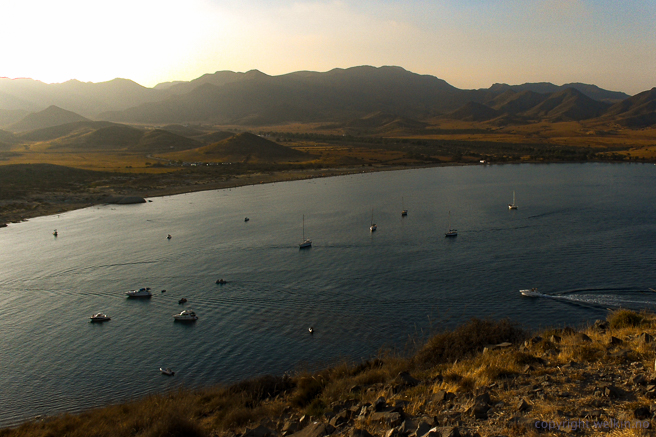 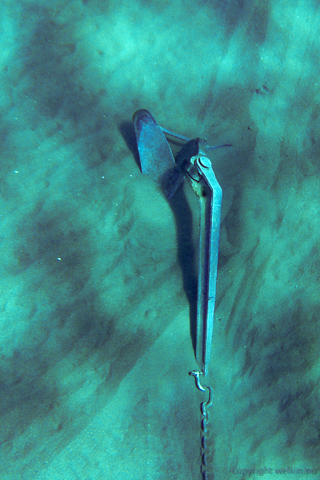 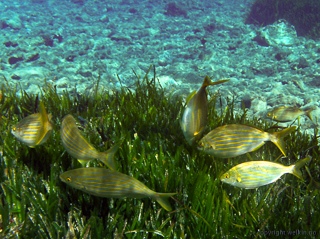 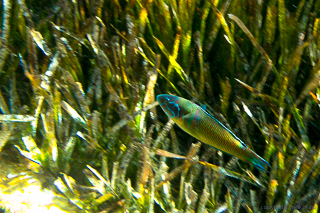 Puerto Genoves was full of day trippers and was quite busy with jet-skis, water-skiers and speedboats doing slalom among the anchored boats.

At night the wind turned and the swelling forced us to move to the north-eastern part of the bay.

The scenery in this Cabo de Gata-Níjar Natural Park is undisturbed and offers nice walks and snorkelling around the edge of the bay was really nice. 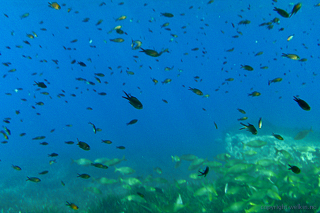 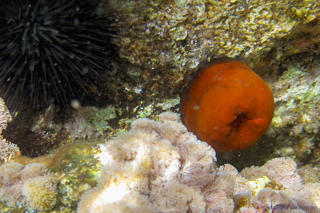 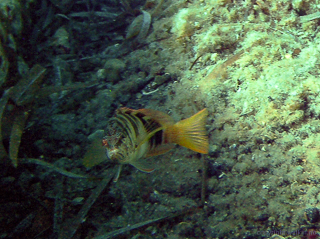 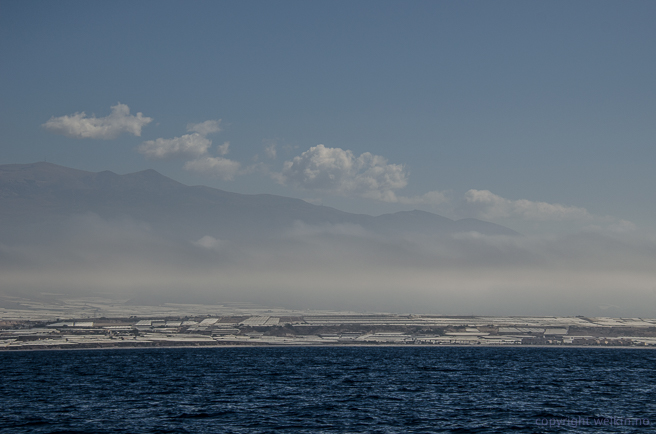 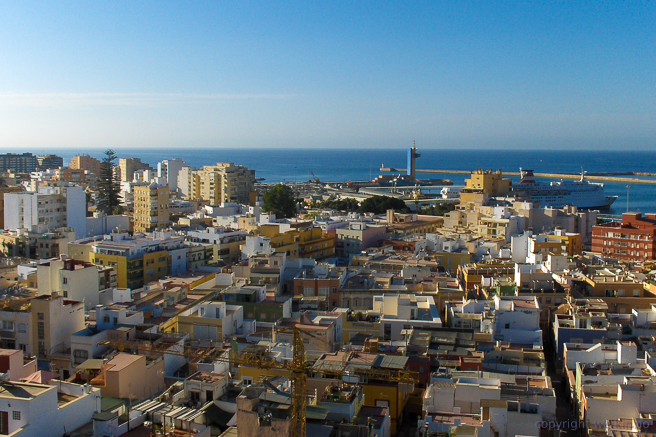 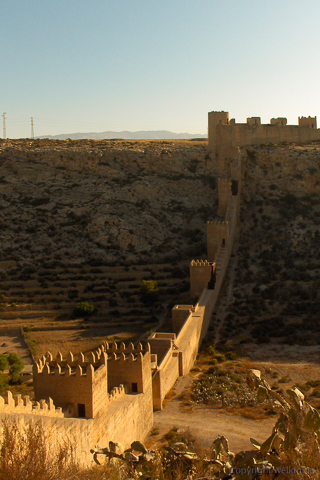 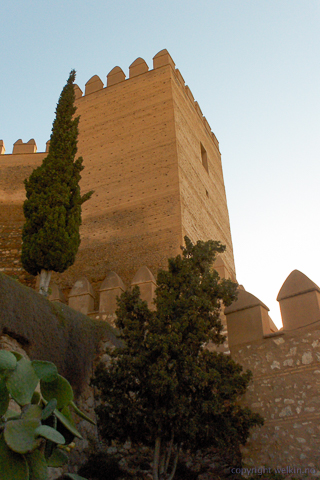 Motored the whole trip as there were no wind and it was incredibly warm.

At Real Club Nautico de Adra, the harbour was full, while public harbour was next to empty. Good thing we phoned up front to reserve place. Harbour fee was around 25€, with good WI-FI, but electricity was not included. There were noise from restaurant, which was very busy and with terrace facing the quays and from the fishing boats as they left in the middle of the night. The public harbour (www.eppa.es) might have bee a better choice, even if harbour office, showers and toilets were not near by.

Sea and wind from the aft quarter

Short and tall waves and a lot of rolling today again, but at least a good sailing wind!

A flamingo got stuck in the harbour during the gale.

We wanted to go to public harbour, could not find it, ended up at the Club Nautico. Public harbour is actually the quay to the east. Later Orion arrived  there to get the jib down and to spend the night.

During night a ferry arrived, which was quite noisy. Motor running until we left next morning.

Official fee was well above 50€, instead of the 23, which was supposed to be the costs of the community harbour and included everything.

"Orion" from Jersey with a stuck flying jib!

Nice sailing today, but with a lot of rolling in the waves. The breakwater at Caleta de Velez is not breaking the waves, as it has a flat wall, the waves are reflected back and makes some funny standing waves with the SW wind.

Sailing in the Mediterranean - Click on image to see the video clip!

Parakeets where nesting in the palm trees nearby

Arrived with very strong wind. None of the sailor of the harbours helped with landing. The guy in the boat next to us, continued undisturbed his siesta. Landed with the help of one of the three harbour masters. When checking in, we got the last access card and they said, that now the harbour is full.

A heron with the catch of today

Another change in scenery

Only 2 free places left in harbour, plus the waiting pontoon. First the places seemed to small, but then we fit in without problems. Despite the  restaurants on the quay, it was quiet during night.

Take-off by stretching the wings and run....

The western foothills of Sierra Nevada is starting to show

Warm, lazy dead run with only the genoa up. Spotted a nice beach before Estepona and anchored up in front of a beach.

We took the dogs to the beach and our little blind dog was attacked by two dogs running loose, the owner's explanation was that the beach is free for everybody!

The forecast was 10kts wind, it turned out as 24kts. Although it came from land and the shore was only 100m away, we were rolling heavily the whole night! Not much sleep when you have to hold on to your bed!

Anchored in front of the beach outside Casares