Last leg of the trip in blue sky and southerly wind brought us in the Oslo Fjord. Temperature wise, it was quite different from the North Cape, but a nice way to end a 2050nm ling sail trip in a bit more than 2 months.

Right; A couple nm after casting off, the total log showed 21600nm - which means that Welkin has sailed "around the world" or at least the same distance as the circumference of the earth at equator!

Below; A parting shot of the Oslo Fjord! 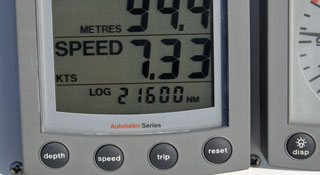 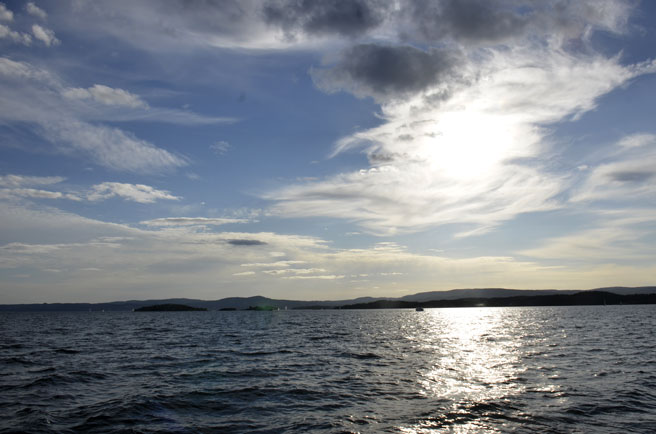 Short sail today, just down the river and out to Missingen - our favourite harbour. With the main holiday over and quite some wind and sea the past days, we were not surprised to be alone. 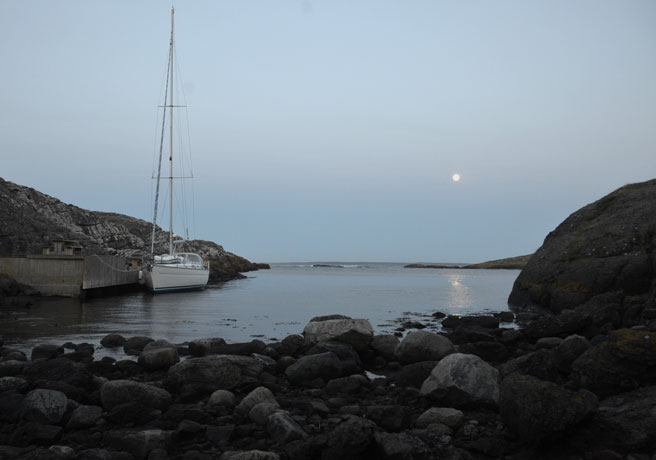 Missingen is a natural harbour on a volcanic island, and the bay we are lying in, is most likely the crater of the volcano. 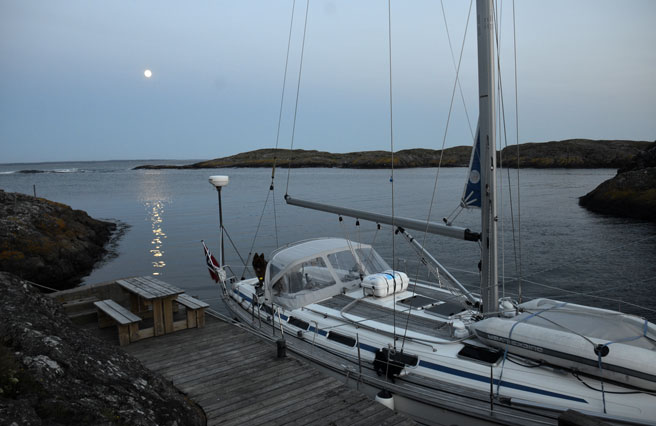 Relaxing with friends by the river. 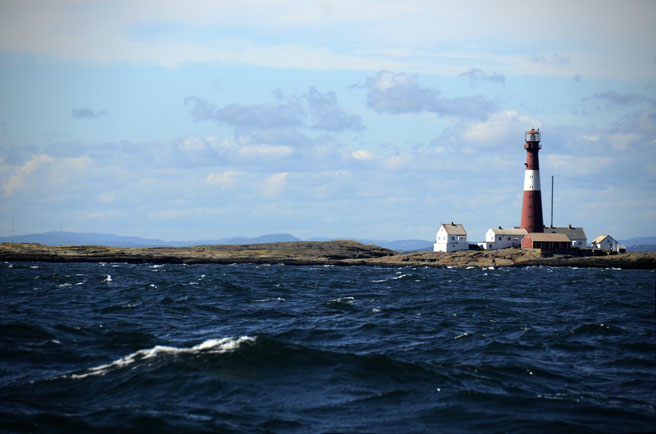 Got up early and pushed on to meet our friends in Fredrikstad, the first half of the leg we had too little wind, only old seas from the side and we had to motor. The last part we sailed in a nice southerly 15-25knots wind. Above; Passing Færder Lighthouse - we are now in the Oslo Fjord.

Surfing in the sun - Click on image to see the video clip! 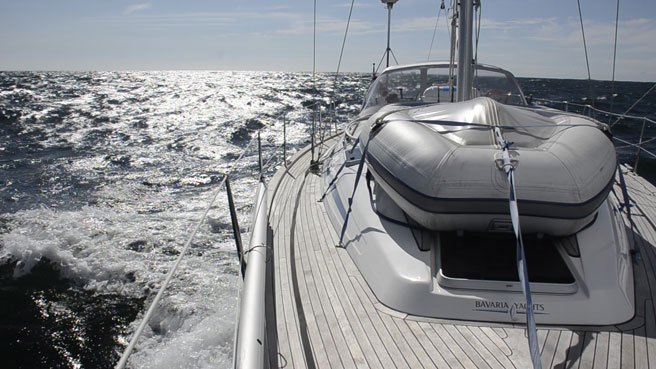 Our plan to go to Svenner was cancelled after a couple of hours in heavy seas (3m) and Gale (18m/s). We found a hole among the skerries just north of Risør and got into a protected fjord. In very heavy rain we moored at the sailing centre at Finnøy.

Blue sky, blue sea and sailing with the wind from the aft quarter! 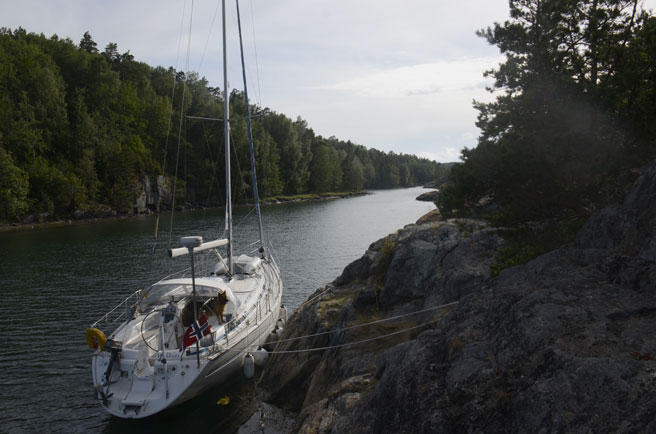 We found a good spot to moor alongside at Bukkholmene and well protected from the near gale and 2m waves offshore.

Yesterday we couldn't get the furling main sail out - it was stuck! This morning we tried for an hour to unfurl it - without success!! We are now heading for Lillesand to get some shelter for the forecasted NW near gale this evening. Once in the harbour we will climb the mast and try to ease the sail out - wish us luck! The alternative is to use a breadknife...... 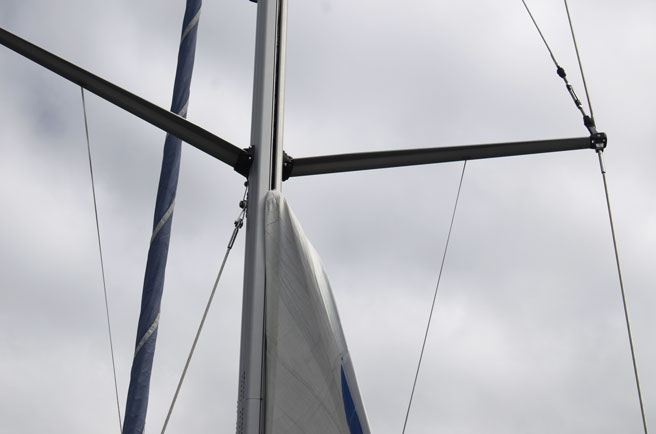 Once in the harbour the captain were hoisted up in the mast with an antifriction spray can. Using the furling mechanism the sail was rolled carefully in and out while the stuck leech were pulled upwards. After one and a half hours in the mast the sail was out enough to pull it down and free the last jams. With bloody knuckles, after all the pulling to free the sail, the sail was hoisted and furled in - carefully... 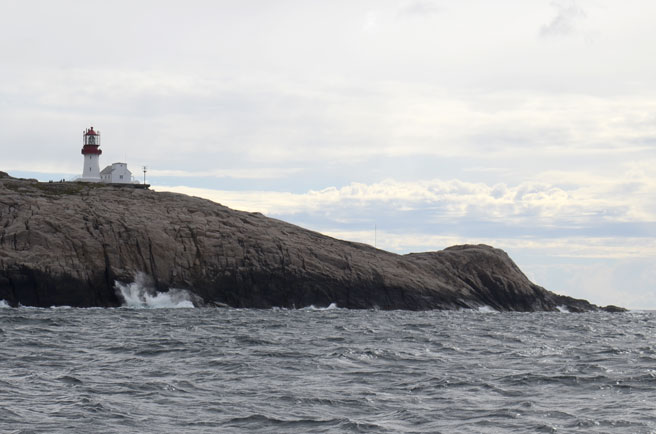 Rounded the southernmost point of Norway today - Lindesnes . We are now more then 1700km from Nordkapp and as a comparison; the distance from Lindesnes to Spain is also a bit more than 1700km.

Nice wind from W-NW brought us to Olavsundet - a natural harbour close to Ny Hellesund. 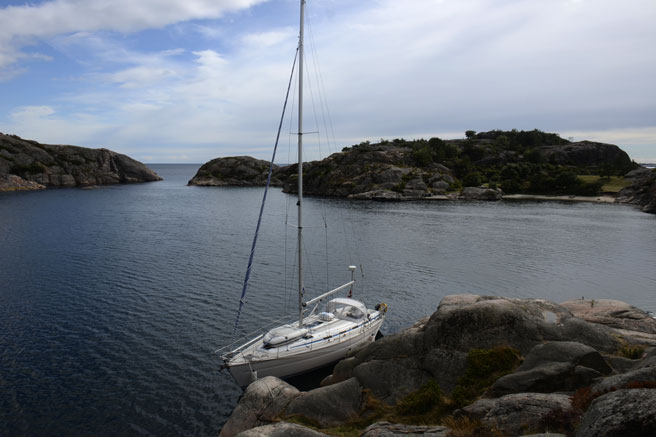 Here we are lying alongside and notice how calm it is - just outside the bay it is blowing 25-30kn wind with waves between 1-2m.